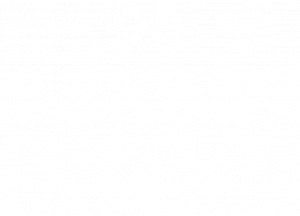 Needing to be found online, Blacksmith Roofing & Construction put their trust in Yroc Consulting. In a competitive industry and market, Blacksmith is seen by tens of thousands with GMB optimization.

With a personable process and professional quality, Steven and Preston have worked hard to make a name for themselves in the Broken Arrow community. As roofers proving ironclad ethics is truly at the heart of their roofing company, they provide exactly what the customer needs;  a community of trust and honesty in their products and services. It’s no surprise they consistently rank as one of the top roofers in Tulsa, OK!

While Blacksmith Roofing was ranking organically with their branded site and a Yroc lead gen site on the first page of Google, the local listing was sitting somewhere around #10 – #15. Nowhere within range of the local pack. Positive SEO efforts brought leads from the website, however, the local search results brought very little. Concern began to rise when one of the owners google-searched local roofing companies – while literally standing in the parking lot of their Broken Arrow roofing business – and results returned only competition in the local 3 pack.

This was indeed a concern, and so marketing efforts began to shift from a focus on organic SEO to a focus on local SEO. Local SEO is important to business owners and their marketing team because they know click-through rates show that the average CTR for position one is 28.5%. The combined percentage of positions 1-3 equals an average of 55.2% of clicks. This means that if you can make it to position one like Blacksmith Roofing desired, on average, you could receive almost 30% of clicks for your site/services.

With approximately 183 competitors in the local market ranking for a combination of keywords including the city, ‘roofers,’ and ‘roofing company,’ Blacksmith Roofing knew there would be hard work outranking much of the competition.

After alerting Yroc Consulting of the poor ranking results they found using a location-enabled mobile device, the team began an intense off-page SEO campaign to boost power to the GMB local listing. After completing an off-page SEO audit and backlink analysis, it was determined that the positive review count was exceptional, but there were multiple issues embedded within the GMB. One of the most obvious being a hidden address.

Forty-five days after the off-page campaign began, we witnessed an overwhelming increase in both the views for the GMB local listing on Google Maps and in organic search. This converted into an 800% increase in calls coming to Blacksmith Roofing directly through the GMB property (keeping in mind the website still ranks well in organic search.)

Yroc Consulting focused on three competitive keywords the Blacksmith team agreed upon, and their GMB is now ranked #1 in Broken Arrow, OK for “roofing contractor,” “roof repair,” and “roof installation.” By choosing Yroc Consulting for off-page SEO and Google local optimization, Blacksmith Roofing has reaped amazing online growth in the local community. We look forward to a continued relationship partnering with Preston and Steven providing consistent online growth as the months go on.